Show This to the Best Man! 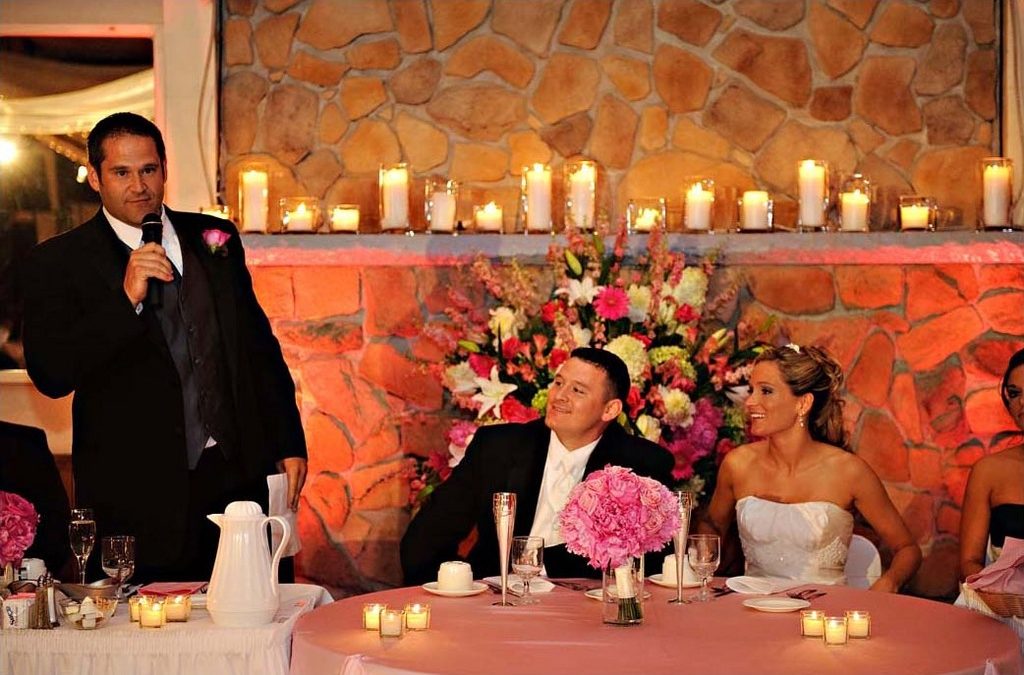 Did this get your attention? Here are the 10 Worst Toasts

1. “At a friend’s wedding a few years ago, the best man made it apparent that he wasn’t such a fan of the bride. The speech went something like this: ‘(Groom’s name), man I love ya, you know I do. I hope you thought about this and that this is what you really, really, really want.’ Then he said the bride’s name, hit his fist against his chest twice, and pointed at her.”

2. “A friend of mine from college got married, and his best man said in his speech: ‘Finally John has found someone with low enough self-esteem to marry him.'”

3. “The maid of honor (the bride’s sister) not only talked about herself during the whole speech, she also mentioned the possibility of an affair between herself and her sister’s new husband.”

4. “At my cousin’s wedding, the best man ended his toast by saying he wanted the groom to know that he’d be there for him at his next wedding when this one didn’t work out.”

5. “The best man at a wedding I was in said during his toast, ‘Congratulations to the new parents!’ No one except a select few knew the bride was pregnant — not even her parents!”

6. “I was a bridesmaid in a wedding where the best man gave a toast about how cheap the groom was and how they’d been friends all their lives but the wedding was the first free meal he’s ever been offered by the ‘cheapskate.'”

7. “The father of the bride stood up and said, ‘I’m Jill’s dad. I just want to say that I met David before Jill did because of my other daughter.’ And he sat down.”

8. “My cousin gave a horrible toast at her younger sister’s wedding a few years ago. She began by saying that she never liked her sister’s new husband throughout high school and that ‘today he’s still at the level of slightly below the scum on the bottom of a dirty waste pond.'”

9. “I attended a wedding where the best man commented on how the bride used to work at Hooters (which her family didn’t know about) and how he was jealous of the groom for ‘bagging her.'”

10. “During the toast the groom’s dad (after many drinks) said that he was so happy for his son and his beautiful wife Sara. But his wife’s name wasn’t Sara, his ex-girlfriend’s was.”